The disadvantage of looking at areas that had a certain density in 1960 (5,000 pop/sq mi in this case) is that they often correspond to a very small part of the newer sunbelt metro areas. Although it's true that sunbelt metro areas are typically less urban, they still have post-war suburbs that are centrally located relative to job centers and have higher proportions of apartments and higher transit use than more far flung suburbs. In addition, there are efforts to urbanize some suburban areas near office parks and transit in metro areas like Atlanta.

Also, while many of these sunbelt cities are in the top 51 MSAs today (those with over 1,000,000 people), they were a long way from being top 51 in 1960. Some were just small towns with small town densities, so in cities like Raleigh and Charlotte, you could have neighbourhoods that were built pre-1960 but at densities below 5,000 pop/sq mi.

In this post, I'll modify the criteria to expand the urban cores of sunbelt cities so that they contain a proportion of the metro that is more comparable to those of the cores of older cities.

Here are the results.

The cities are ranked according to the amount of urban core growth relative to their 2000 MSA population. 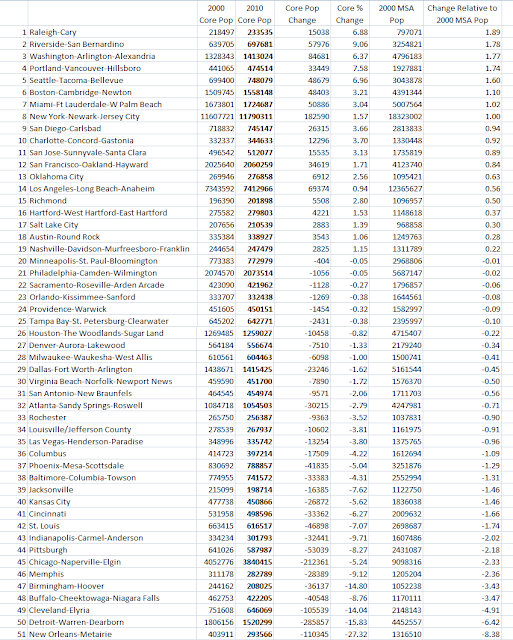 The top cities are mostly coastal cities known for dense urban infill like Portland, D.C. and New York but there are a couple exceptions, like the #1 Raleigh and #2 Riverside-San Bernardino. Although these two cities have not had exceptional downtown growth, they have had growth throughout most of the metro area - downtown, inner suburbs and outer suburbs. Population growth in the downtown adjacent neighbourhoods and inner suburbs of these cities is a big part of the reason why they ranked so high.

Compared to the areas defined based purely on 1960 densities, many cities have seen the size of their urban cores expanded significantly, so here's some maps of the cities where the boundaries changed the most (in terms of absolute increase in population included). Again, the format is 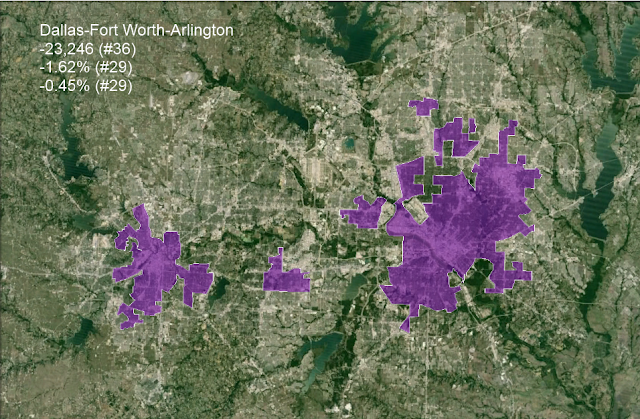 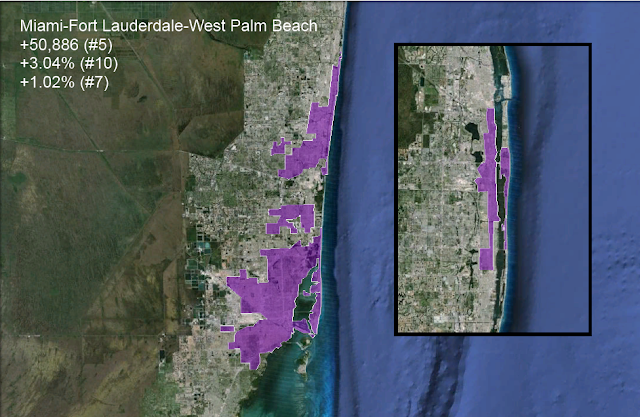 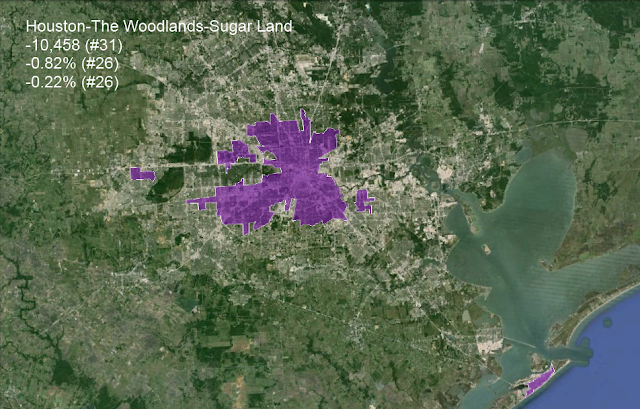 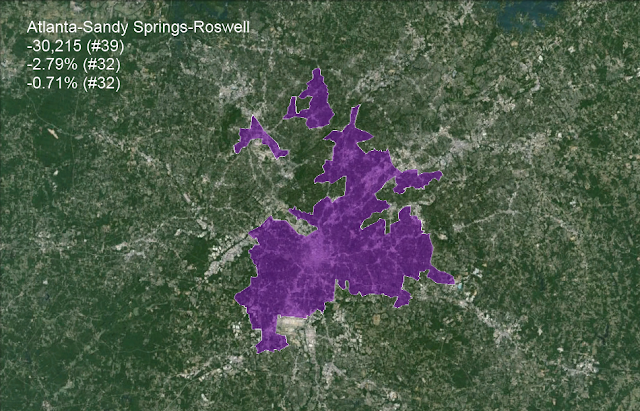 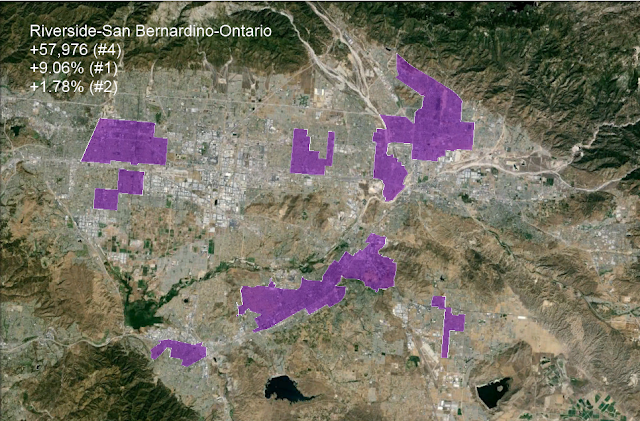 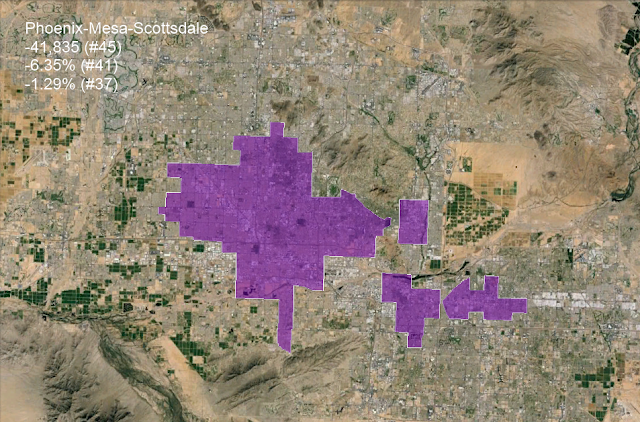 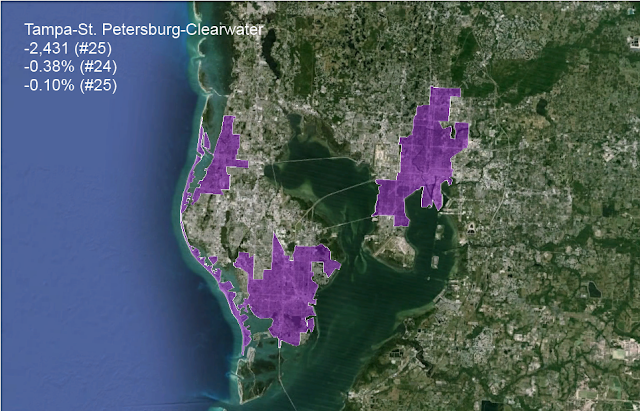 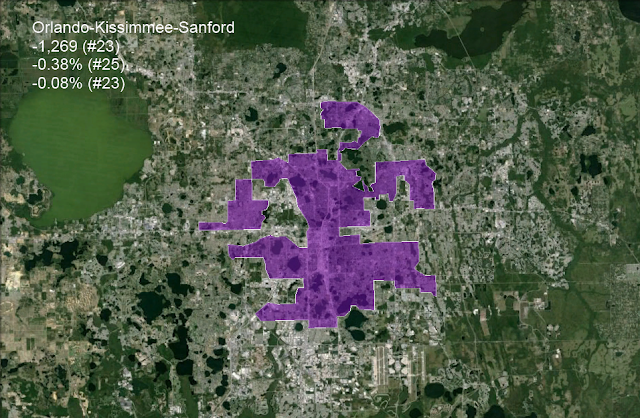 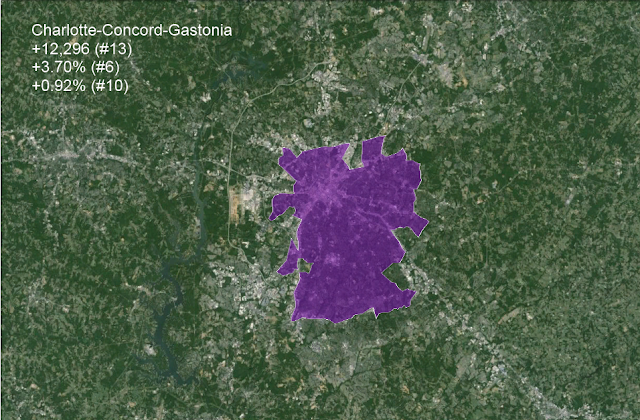 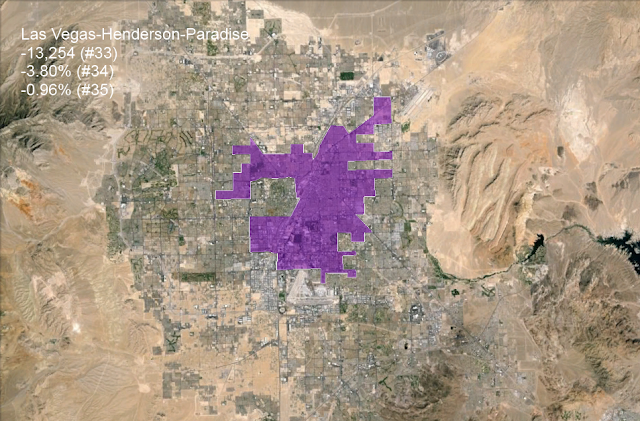 The primary city's downtown, defined as the business district with the highest walk score, must always be included in the urban core. The primary city is the one that's named first in the official metropolitan area name.

Urban census tracts are defined as tracts that meet one of the following criteria:

Any census tracts with a 2010 density of over 15,000 pop/sq mi contiguous with primary or secondary urban cores are also included.
Posted by NickD at 00:19