Comparing rates of urban and suburban growth in US metropolitan areas can be tricky because it depends a lot on how "suburban" is defined.

Looking at growth within the limits of the central city is the simplest way to compare, but isn't particularly meaningful. In many cities, including much of the sunbelt cities, city limits expanded significantly in recent decades to include large swaths of land around the periphery with typical suburban characteristics (low density and auto-oriented). On the other hand, a place like Boston has very small city limits and has communities like Cambridge and Somerville that are outside the city limits but which are denser and more pedestrian/transit oriented than the most urban parts of typical sunbelt cities.

There are several alternative ways of looking at how different parts of metropolitan areas are growing. In this post, I'll divide each 1,000,000+ metropolitan area into a central core and four surrounding rings. The size of these rings has been set so they all contain an equal proportion (20%) of the 2000 metropolitan area population. You can think of these as the center, inner ring suburbs, middle ring suburbs, outer ring suburbs and exurbs. I then look at the growth rate experienced in each ring between 2000 and 2010.

I've done this using the population and weighted density by distance from city hall data from the US census bureau (a very good resource by the way if you're interested in population/density/growth patterns of metro areas). It's not a perfect method for separating urban from suburban, but it's still a good way of seeing how much growth is occurring relatively close to downtown compared to areas further away.

Obviously you have to be careful with how you analyze this. In the case of the Inland Empire for example, the "center" of the metropolitan area is essentially the area within 9 miles of downtown Riverside. However, the Inland Empire consists of about a dozen population centers, neither of which are particularly dominant. The area within 9 miles of Riverside's downtown includes a range of urban (by Riverside standards), suburban and exurban style neighbourhoods, as well as undeveloped land. The data for the Inland Empire doesn't show much aside from how polycentric that region is.

Raleigh is not really polycentric (though relatively decentralized). However, it is a very low density region. Among these 51 metropolitan areas, only Birmingham and Nashville have lower weighted densities. A significant portion of the metropolitan area seems to consist of large lot housing or isolated subdivisions in relatively rural settings: 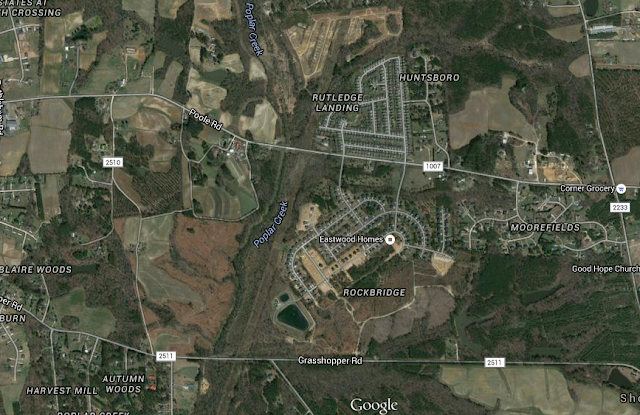 Raleigh's growth has also been relatively lopsided, so the "center" actually includes significant amounts of greenfield development, especially east and south of downtown, despite the "center" only including the census tracts within 5 miles of downtown. In addition, even the development that is infill within the "center" of the metropolitan area is often in a suburban setting, because Raleigh's truly urban core is so small. Nonetheless, having a decent amount of growth within a few miles of downtown, even if it's in a suburban setting, can be seen as positive over having all growth 10+ miles away.

Sacramento, Tampa and others are similar to Raleigh, in that they have had greenfield development in the "center" of the metro area due to polycentric or "lopsided" development patterns. For Portland, Seattle and Washington though, the growth at the centre of the metropolitan area is predominantly urban infill.

Aside from looking at which metropolitan area centers did grow, it's also interesting to see which ones did not. Atlanta, Denver, Dallas, Nashville and Las Vegas saw no significant net increase in population in their centers, or even a small decrease, despite having very rapidly growing suburbs. There are also metropolitan areas where the centers of the metropolitan areas actually experienced significant population loss - Kansas City, Jacksonville, Indianapolis and Memphis - but you would not have known by looking at the population of the core cities, which are expansive and include areas of greenfield development far from the center.

You can also use this data to measure the rate of dispersion of these cities - how much of the growth is occurring near the primary city's downtown, compared to how much is occurring far from it. I've measured this by taking the value of the slope through a graph of growth rate vs development ring. For example, if a city had the following growth rates:

This is how the 51 metropolitan areas would rank in terms of dispersion.

You now have slower growth cities like Chicago and St Louis that have experienced population decline in their urban cores but growth in the suburbs moving to the top of the list. The numbers for the five metropolitan areas that lost population are negative, and so they're measuring something different - essentially how much faster is the center losing population relative to the rate of population loss in the metropolitan area as a whole.

Next, I'll show some graphs comparing the patterns of growth by distance from city hall in more detail.