Detroit racial demographics changes in the 40s and 50s

Earlier this year, I made a post showing census tracts in the Detroit area that experienced significant changes in their racial composition for each decade from the 1960s to the 2000s. Lets call this the "transitional zone".

Getting data for the 40s and 50s was a bit more tedious, but I decided to get around to it since it's somewhat related to yesterday night's post on population change by decade in Detroit. There I mentioned there was a pattern where the total population of census tracts often increased as the share of blacks also increased.

I defined significant changes in racial composition as a decline of at least 20 percentage points in the white population. 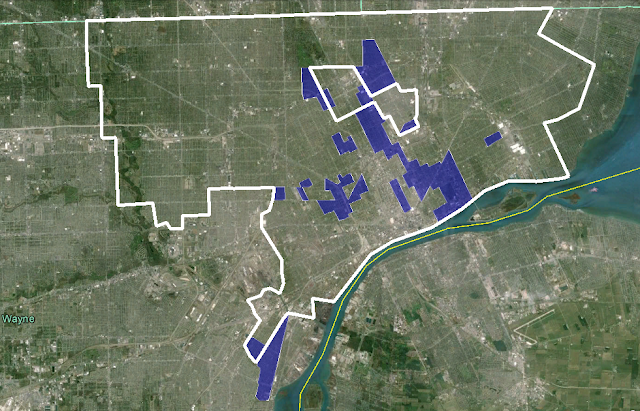 The biggest black community in the 1940s was just east of midtown/downtown, around Hastings Street (now mostly demolished for the Chrysler Fwy) in the "Paradise Valley" neighbourhood, and extending into the North End, and in "Black Bottom" (named for its dark soils). Black Bottom was later redeveloped into Lafayette Park and Elmwood Park.


The map shows the black community in these neighbourhoods expanding into adjacent areas as the black population of Detroit doubled from about 150,000 to 300,000. If you compare to the maps from yesterday's post, the transitional areas generally experienced population growth. That's not that unusual and has happened in many other decades. However, the areas that were already predominantly black at the start of the decade also often grew a little or were at least relatively stable, whereas in every following decade they were losing population.

Of course the black community wasn't expanding into empty fields but into neighbourhoods that previously had more whites, so here's the demographics of all the census tracts in the transitional areas highlighted in the map above.

Here's the map of the transitional zone in the 1950s. 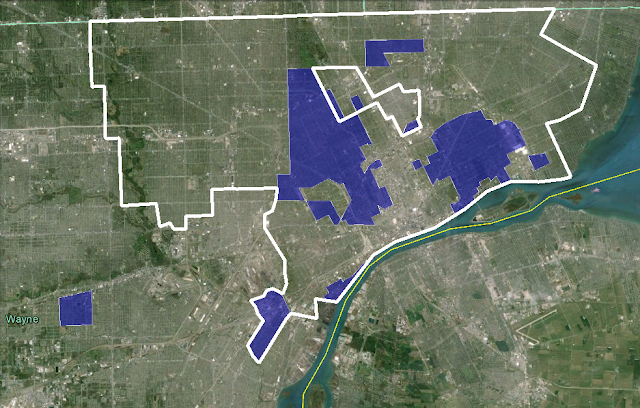 In the 50s, these neighbourhoods typically experienced population loss, though often at a lower rate than adjacent areas (again, probably due to household size increases).

Here's the demographic stats of the 1950s transitional zone.